Angola - 200 km off shore on an oil platform

I came to Angola to install software on a vessel. Initially I thought the vessel was situated in the harbor, but on site I learned the vessel was 200 km off shore. You could get there by a 4 hour boat trip or a 1 hour helicopter flight.

Due to delayed arrival of my flight I only landed on Saturday afternoon and the only helicopter in the weekend had already taken off. That meant that I was brought to a hotel, which I could not leave, for the weekend to wait for the next helicopter on Monday morning 6 am. The view from the hotel I could not leave was quite depressing. However, the flight with the helicopter was crazy. It was a Super Puma helicopter which has host 24 passengers. 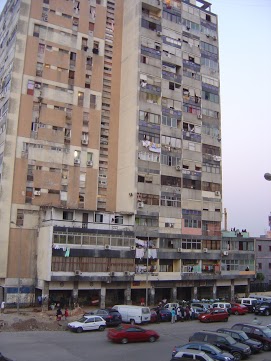 While flying to our final destination we landed on a intermediate ship to get more fuel. We all had to leave the helicopter, wait in a secured zone and we could take off again about 30 minutes later. Continuing our journey to the vessel. Below you see the red/white Jascon 28 vessel of STG (Sea Truck Group) which measures approximately 110 meter. Next to the Jascon 28 vessel you see the oil platform which is around 400 meters. It was impressive to approach both of them and finally land on the Jascon 28 where I had to install software and give training to the crew. 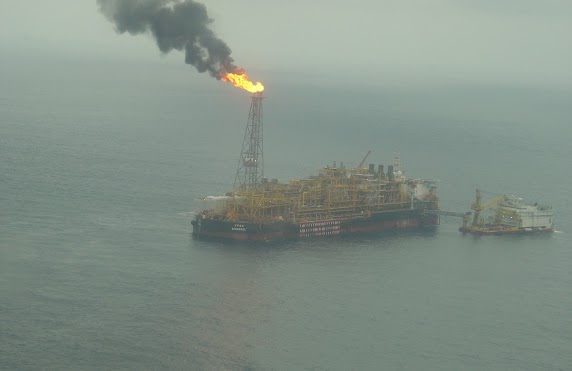 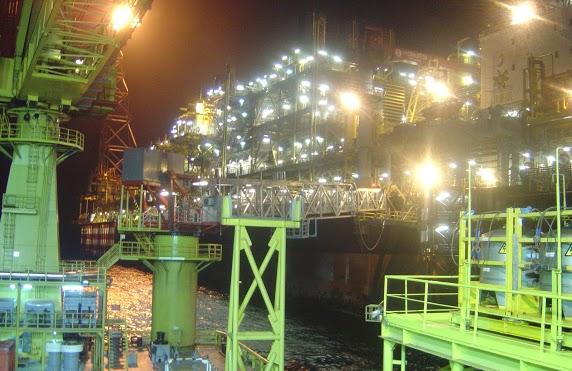 JASCON 28 is a DP3 Accomodation Hook-up vessel which can host 462 permanent passengers with individual bathroom facilities. Including conference room, offices, cinema, gymnasium, recreation rooms, laundry, internet café as well as a medic room with hospital. The vessel is under Gibraltar flag and is used for a wide range of accommodation hook-up services. The vessel is connected to the oil platform via a gangway. (More information about the vessel can be found on the site of Sea Trucks Group 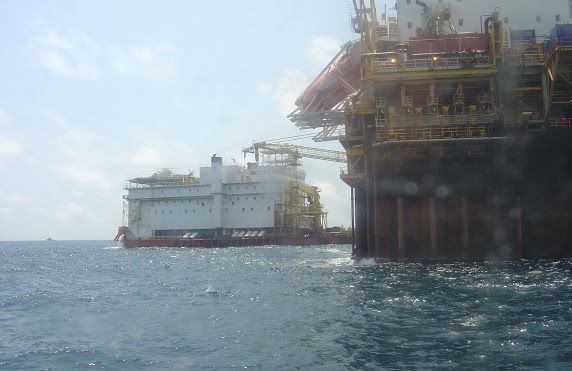 Initially it was planned to stay 2 days on the vessel, but in the end I spend 5 days off shore. When I could go home I either had to wait another 2 days for a helicopter ride or take a ride with a surfer, which is a high speed passenger boat which reach around 65 km/h. That ride was a horrible experience to me as I was getting sea sick and the boat was really constantly going up and down and from the left to the right. And it’s the left and right motions that make you sea sick. When I looked around all other passengers, who are used to this, were sleeping…

When taking off with the surfer I took one last picture of Jascon 28 and the oil platform. A special and unique experience to me.